She holds a BA from Chung-Ang University and earned the Koo, Jee-Yeon’s Botanical Art & Illustration certificate.
She has worked as a botanical illustrator in the National Project by Korea National Arboretum since 2006. She won the Minister of Environment's award in 'The 1st Korea Wild Natural History Scientific Art& Illustration Competition' by the National Institute of Biological Resources in 2006 and the Minister of Agriculture's prize in '2017 A Flora of Korea Exhibition’ by KNA and the prize awarded by the Director General of KNA. Her work is in the collection at the KNA, National Institute of Biological Resources, Korea and the Shirley Sherwood Collection and she has illustrations in many publications. Jee-Yeun has exhibited annually since 2007 and she is a member of the Korean Society of Botanical Illustrators.

Works by Jee-Yeun Suh in the collection 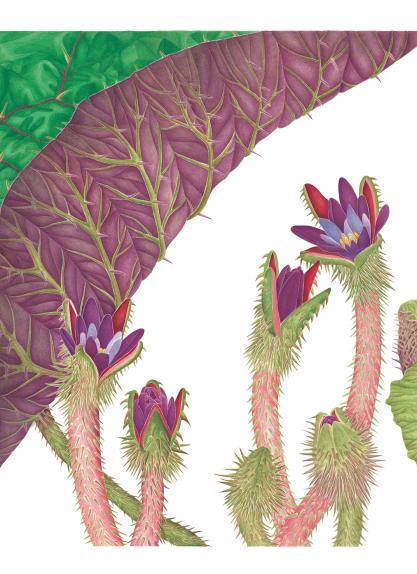