Michie Yamada was born in Hiroshima, Japan in 1965 and is now resident in Yokohama, Kanagawa prefecture. She has been interested in painting since she was a child. As an adult she has continued to study in a botanical art class. She has been studying in Mieko Ishikawa’s botanical art class since 2013. She has also provided a painting to a calendar company and gardening magazine as a freelance artist from 2006 in Japan. She has been teaching botanical art in several classes, mainly in Tokyo and Kanagawa since 2007. She has held a solo exhibition every year since 2008 in Tokyo. She has also participated in several group exhibition. She was awarded the Gold medal and Best Botanical Art Exhibit in the RHS 2018 with works of wild roses in Japan.

Works by Michie Yamada in the collection 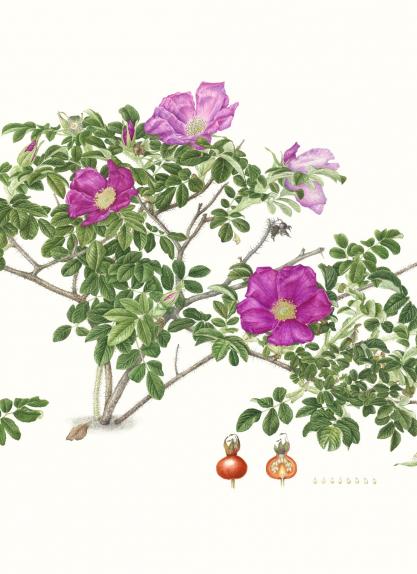