Deirdre Bean is a watercolour artist who has exhibited internationally. She is represented in public collections including Royal Botanic Gardens, Kew, London, Hunt Institute of Botanical Documentation, Pittsburgh, Royal Botanic Gardens, Sydney, and Parliament House, Canberra, Australia. Deirdre has three RHS medals, including a Gold medal (2006) and two Silver-gilt medals (2012, 2015). She was a finalist in The Waterhouse Prize for Natural History at the South Australian Museum in 2011 and 2012. In 2013 Deirdre was commissioned by Australia Post to depict flora of Christmas Island. In 2016 Deirdre graduated with PhD (Natural History Illustration) for her research on Australia’s mangrove species. Deirdre travelled to Gallipoli and the Western Front in 2013, 2014, and 2017, her artworks contributed to exhibitions commemorating World War 1.

Works by Deirdre Bean in the collection 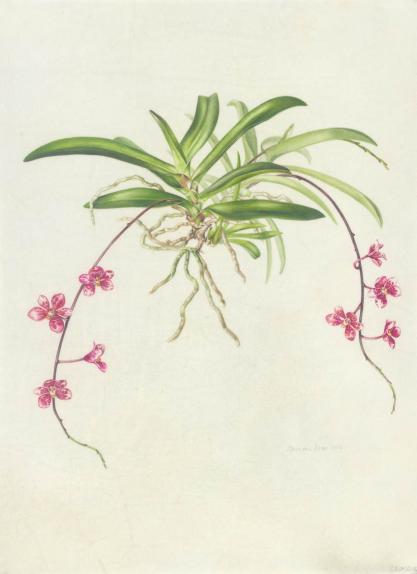