After a career of 40 years with the National Federation of Agricultural Co-operative Associations he became a freelance artist in 1997. He had botanical painting classes with Valerie Oxley, Yoko Kakuta and Mieko Ishikawa.
He participated in many group exhibitions and Dr Sherwood first saw his work in shows at the RHS in 2015 and 2018 where he was awarded two Gold medals. She acquired two of his paintings of vegetables which are exquisitely drawn and were the ‘Best in Show’ in 2015. He also showed in Flora Japonica in the SSG.

Works by Hideo Horikoshi in the collection 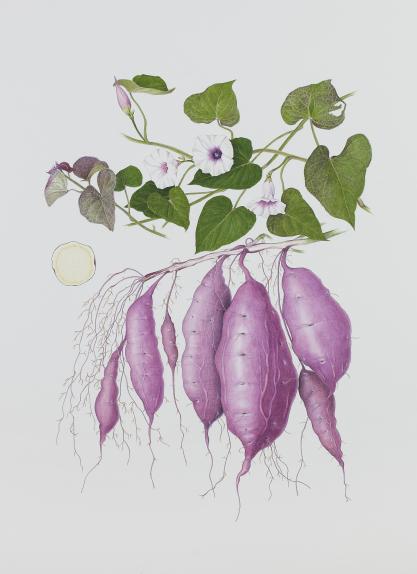