Noriko Watanabe was born in Hiroshima, Japan, 1954. She completed her BA at the Osaka University of Arts. She worked as a kimono pattern designer in Kyoto. She began tuition in botanic art in 2001 at the University of Toronto. She has been awarded an RHS Gold Medal in 2006.Noriko's work is found in the collections of the RHS Lindley Library in London, the Hunt Institute for Botanical Documentation in Pittsburgh, the Florilegium in Sydney and the Shirley Sherwood Collection.

Works by Noriko Watanabe in the collection 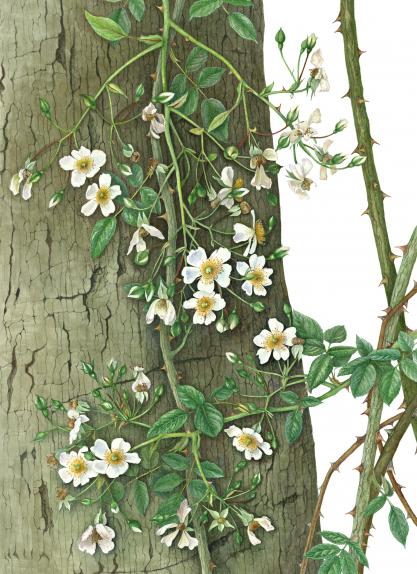 Rosa filipes Kiftsgate' in May