Gertrude Hamilton studied graphic design at HIGRO and then continued to pursue an education in the arts in Paris at Atelier Lettelier while working as a graphic designer. Work brought her to New York where she continued drawing classes at The Art Student’s League. Evelyn Kraus, curator for the Ursus print department, came across her portfolio and promptly offered her a one man show. It was the beginning of a whole new career. She began to apply herself solely on botanical and natural history illustration. Using antiqued paper, the artist combines a variety of historical inspirations with a keen modern sensibility resulting in a unique and refreshing interpretation of the classic genre. In the last few years her art has morphed into a more liberal interpretation of the botanical illustration where the focus is more on the whole feeling the subject evokes rather than the physical details. She has held several one man shows with Ursus and her work may be found in numerous private collections in the United States and abroad.

Works by Gertrude Hamilton in the collection 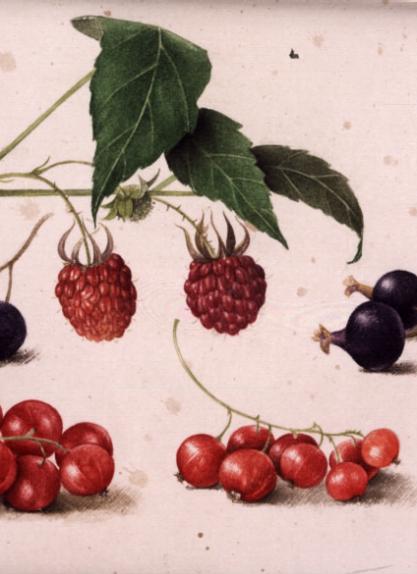