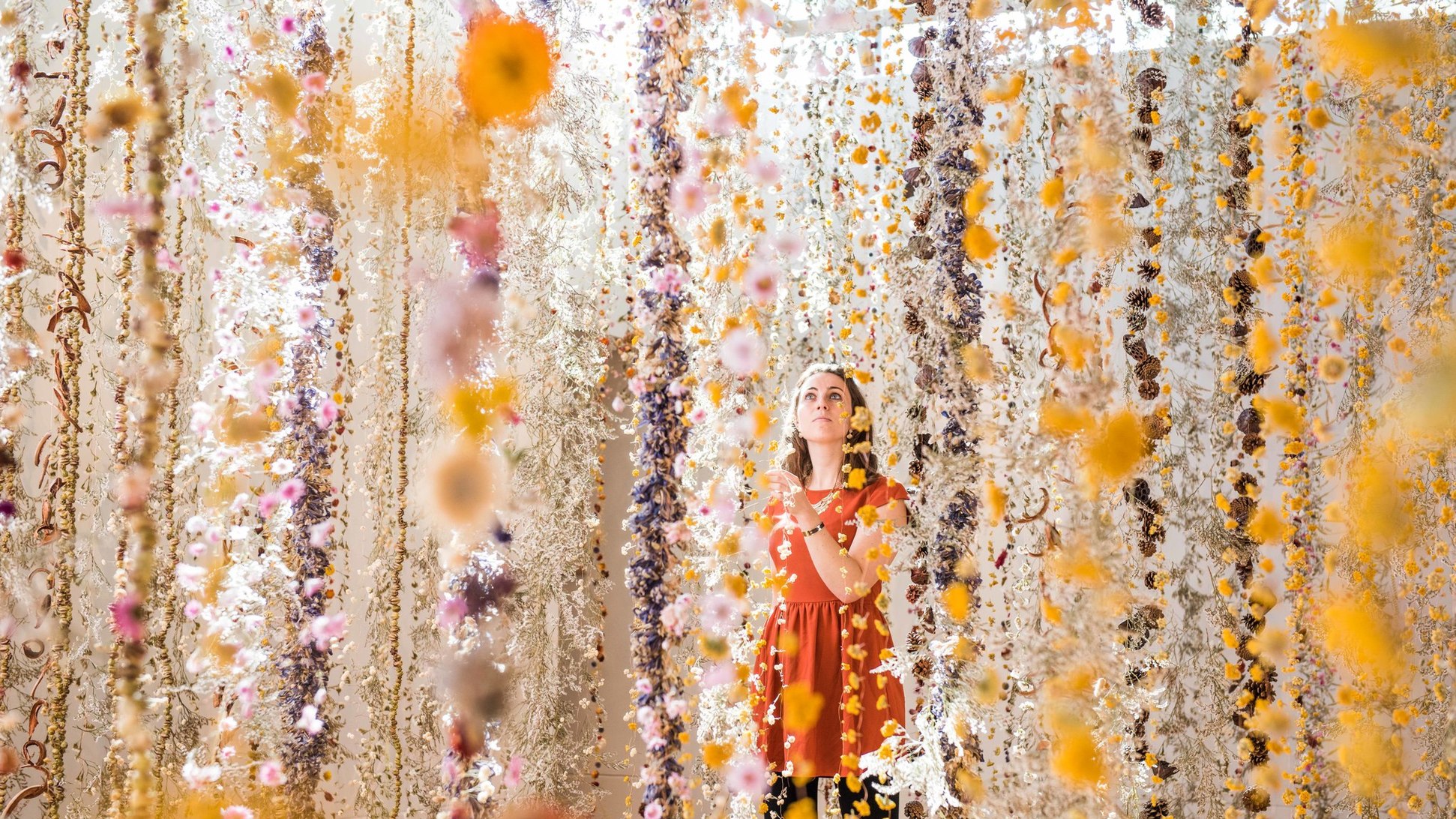 This immersive exhibition was an utter triumph and generated record visitor numbers to the Shirley Sherwood Gallery.  British artist Rebecca Louise Law suspended 1,000 individually sewn hanging garlands, composed of approximately 375,000 beautifully preserved plants and flowers, from the ceiling of the main gallery and cut a pathway through the garlands for visitors to weave their way through. The effect was hypnotizing.

Inspired by the ancient Egyptian preserved funeral garlands of Ramesses II held in Kew’s own collection dating back to 1300BC, ‘Life in Death’ was a true labour of love and gave a new lease of life to Law’s personal collection of dried plants, some over ten years old.

Accompanying Law’s mesmerising sculpture was a rare public display of Kew’s fragile and ancient Egyptian wreaths draped over mummies and coffins which accompanied the dead to the afterlife. 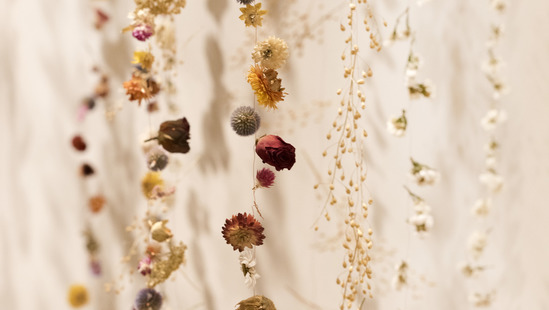 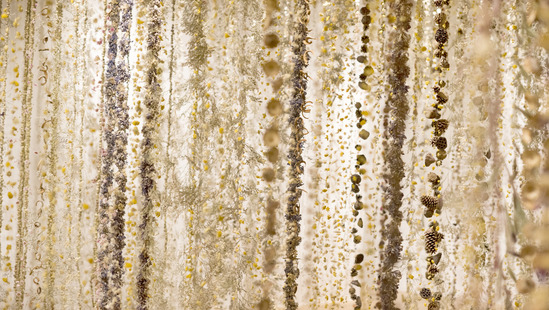 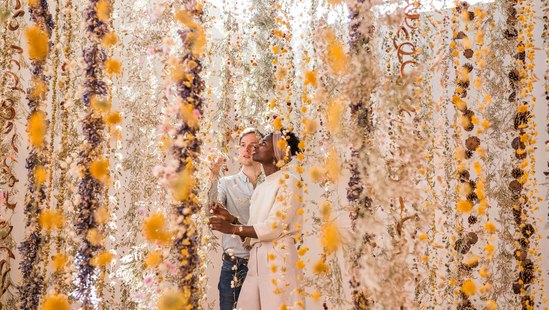