Sally Keir first attended Hereford Art College, where she completed a foundation course, which then sent her to the Duncan of Jordanstone College of Art in Dundee, where she completed a design degree, specializing in sliversmithing and jewellery design. She then became a lecturer at Walsall Art College, and in that time decided to begin Botanical Art. She placed her work in numerous exhibits across the UK, and received a Gold Medal from the RHS, and was elected a member of the Society of Botanical Artists. She was commissioned work from Shirley Sherwood, which featured in an international exhibit of Botanical Arts in 1997. Sally unfortunately died of cancer, aged 68.

Works by Sally Keir in the collection 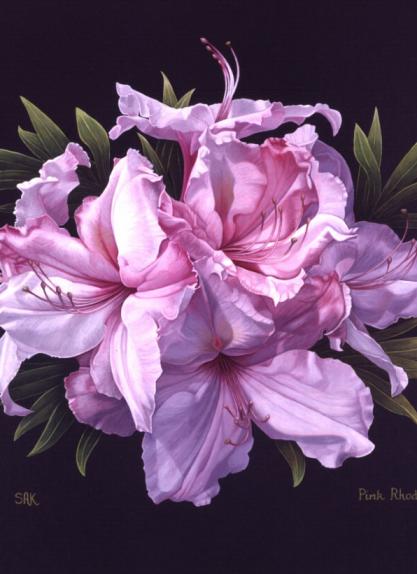